SEO Test - Discover The Life Cycle Of A Backlink

Hey, Patrick Babakhanian here from serpchampion.com. Welcome to this new episode of PWTA, Playing With The Algorithm, where we test what works and what doesn’t work in Google with real actual data, no theory, no BS.

For this week, I’m going to talk about the cycle of a backlink. Whenever you send a backlink to a page, I want to demonstrate to you what happens, exactly. What happens to your rankings? Are you dancing?

It’s called Google dance. Are you dancing? Are you going up and down and up and down again? What exactly happens? I’m going to explain to you exactly what happens with actual data in this episode.
Now, for this week, we created five pages.

I know you only see four pages right here. This is a screenshot that was taken too early, and we eventually had five pages. You had one, two, three, and then there was a fourth one. Well, after a few days, it got indexed, so we had five pages.

The fourth page had the keyword, DISNO, D-I-S-N-O. That’s the test page, and this is also the test page. Obviously, all of these pages are exactly the same, except the permalink is different, and the end of the title, there’s a different keyword that doesn’t exist.

This gives us the opportunity to test without any variables, without any competition. We’re literally playing with the algorithm.

Now, what did we do? What we did was, we placed two backlinks on a PBN. Right? We placed two links on a PBN to this page, DIWND, which is this one. Right? And the DISNO one. I’m going to show you exactly in an image after this image, then you’ll see the DISNO. Right?

We link to these two pages, so this one and the DISNO. We link with exact match anchors. This was the anchor text of both links, although there was one difference between those links. The link to DIWND was an exact match with an attribute link.

That’s basically a text. That is, whenever you hover over the link, you’re going to see a test.

I think, sorry, we sent the link on Thursday, March 2nd. That’s the date where we placed the backlinks on the PBN, and then literally the next day, we saw the DISNO go to the first spot and the DIWND to the second spot, which is the link attribute.

After one day, they went up, which is great. Right? Because that means the algorithm responds darn quickly, which is good. Right? We kept tracking. March 3rd, both are on numbers one and two. Number two is with the attribute link, and the other one is without an attribute link. Both are an exact match.

Then, we kept tracking. On March 5th, check what happens. These two pages went down and dropped in rankings. That’s crazy. Right?

Two days later, the rankings dropped. DISNO dropped in rankings after two days. This is a very, very familiar scenario because tons of SEOs complain about this or comment about this.

They sent the link. It went up, but it went down just like that, and then they panicked. They’re paranoid. They’re like, “What the hell is happening?” Right? This is literally playing with the algorithm. Right?

This is what happened. We sent the link. It went up. Two days later, it went down. This is the part where a lot of SEOs start to panic.
Now, we kept tracking. Right? We just kept tracking.

So, I went up. Right? And then DISNO went up, and the other one was stuck on number five, and this could be because we used two exact match anchor text links, and this might be an over-optimization right here. That’s why it dropped, and it didn’t go up. Right?

Now, let’s continue right now. We waited, waited, and waited, and the rankings just stuck. As you can see here, the DISNO, it’s just on number one, but the one with the attribute and the second exact match anchor text stayed at number five, March 16th, which is four days ago right now.

Then, what we did here on the 16th, we deleted those two PBN links. We deleted them. We wanted to see what the effect was after we deleted the links. As you can see here, you can see seven results were obviously hiding the PBN, because we don’t want people to know it.

We started to delete those links, so now we got six results. Right? It’s the 16th, and then both domains got deleted, and boom. The DIWND, the link with the exact match anchor and attribute, shot up again. This link is deleted, and the DISNO link is also deleted, but it’s still on number one.

That’s basically a crazy, crazy way of demonstrating how backlinks work. Right? What did we just see here? We sent the link, an exact match, two exact keyword links. Right? Rankings went up. Two days later, they went down. Then two days later, again, went up again, which is the cycle of a backlink.

Now, why does it go down and up? Basically, the Google algorithm is trying to figure out which position is the most relevant for your page based on the quality of the backlink?

Now that’s a lot of words right there, but Google is always rearranging positions, always. That’s the Google algorithm. They rearrange positions based on backlink count and tons of other ranking factors, obviously, but backlinks still one of the main, main ranking factors, and it’s been like this for 16 years, and it’s going to continue like that.

Obviously, there are so many other ranking factors that matter, too.

Don’t only count on backlinks. I’m just demonstrating to you how powerful a backlink can be, how fast the Google algorithm can respond to it, and when you send a link, and your rankings go down, don’t panic. Wait. Don’t delete the link.

Don’t do any crazy stuff or send 10 other links. Just patiently wait, because Google is trying to figure out the best position for your page.

Also, another thing, we used two exact match keywords, and the other one had an attribute. It was a line, a text. When you hover over the keyword, over the link, sorry, you can see a text.

We wanted to test what that would do, but we figured out that we were over-optimizing quickly, because we used two exact match keywords, which means we should never repeat the same anchor text.

It’s just not smart, because it’s so easy to over-optimize. What I would suggest, instead of linking with brand links and URL links, you want to be specific. Right? You want to target your keywords. I would go with a brand plus keyword, or keyword plus brand, or generic plus keyword.

Try to limit your exact matches and just the keyword anchor text. Keep it so brandable. Keep it generic. Keep it natural. Okay? But this is just a quick tip.

In this episode, I just wanted to show you the cycle of a backlink, and that’s it. Again, when you send a backlink, and your rankings go down, don’t panic. It will probably go up again. Okay?

Now, I hope you really enjoyed this episode, and I want you to open your eyes, and just don’t worry so much. Don’t be so paranoid. At the end of the day, Google, it’s an algorithm. Right?

We already figured out how the algorithm works. Even though people still get paranoid, and they still get scared of what could happen, most of the time, your rankings will pop back. It’s just the rearranging effect of Google. Okay? Okay, awesome.

I hope you really enjoyed this video.

One more thing, we’re soon going to be launching a link building service, which is going to be an outreach service. It’s not going to be a service like you pay us, and we just place the link.

No. We go out and find high domain authority of relevant blogs with traffic, and we do outreach campaign. Right? And then, we get a link placed on those blogs. These are the most white hat-ish links out there.

This is the most natural white hat service that’s going to be out there, and obviously, it’s not that white hat, because you’re paying me to do the work, and you’re consciously placing backlinks for your clients and for your site.

So, white hat my ass, but it is what it is, guys. If you want to join the waiting list, just click on the link below or sign up, and you’ll be notified as soon as we launch our stuff. 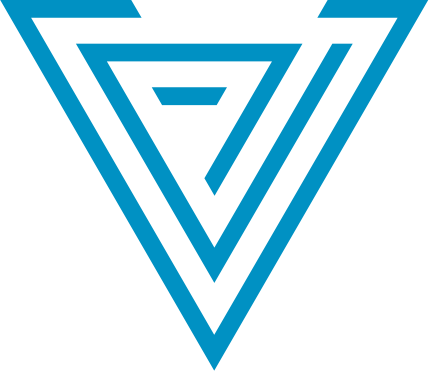